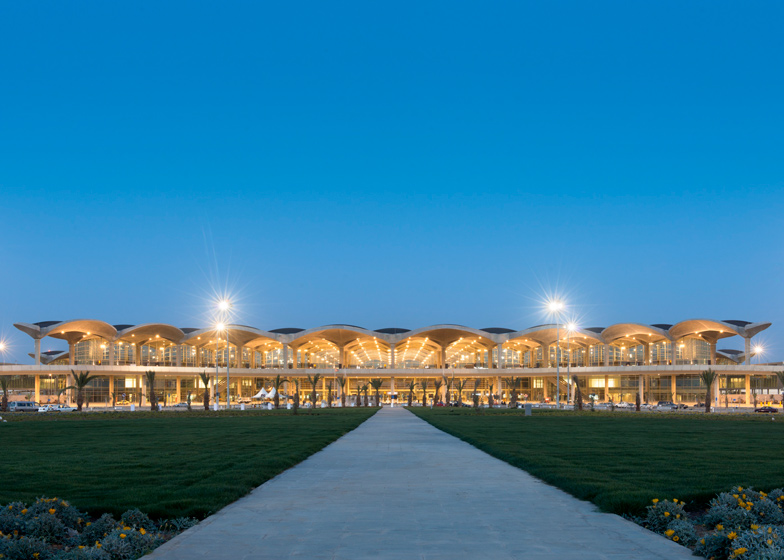 Queen Alia International Airport is Jordan's main and largest airport and is located in Zizya 30 kilometers (20 mi) south of the capital city, Amman was established in 1983. It is named after Queen Alia who died in 1977.

A state-of-the-art new terminal was inaugurated in March 2013 to replace the airport's older two passenger terminals and one cargo terminal. In 2014, the new airport received the "Best Improvement by Region: Middle East" and "Best Airport by Region: Middle East" awards by the Airport Council International. The awards are given to the airports which achieved the highest customer satisfaction in the ASQ Survey.

Its main characteristic is the roof that was inspired by Bedouin tents and is composed of 127 concrete domes, each weighing up to 600 metric tons. The terminal houses several international food and beverage venues that include restaurants, supermarkets and a nuts roaster; a larger Duty Free area; children’s play area; additional shopping outlets; and internet connectivity.. 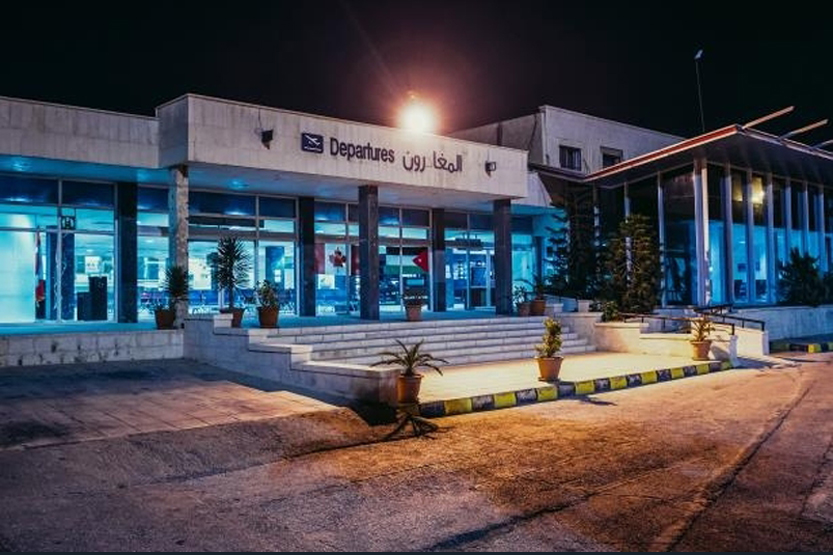 It serves as Amman's a main civil airport for passengers on private flights, and moreover as an aviation education and training hub. It was the main airport for Jordan until Queen Alia International Airport was opened in 1983.

The airport was founded in 1950 by the British as a joint military civilian airport. In 2009, Jordan Airports Company officially assumed managerial and operational responsibility for Amman Civil Airport. It mainly serves now as a regional airport servicing domestic and nearby international routes, as well as charter and private VIP flights. 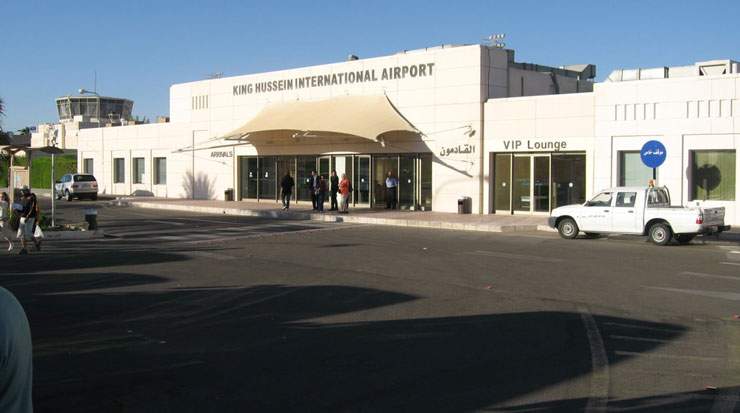 Aqaba Airport also known as King Hussein International Airport is an airport located in the vicinity of Industrial City, northern suburb of Aqaba in Jordan.

Annual Capacity 1,000,000, the airport has 4 check-in desks, 2 gates, a cargo building and a cargo apron together with a parallel taxiway. The airport has one baggage claim belt, 200 short term parking spaces, a Post Office, Bank, Cafeterias, VIP Lounge, Duty Free Shop, and Gift Shops, and a clinic.