AQABA PORT SHORE EXCURSIONS
Are you Looking for Aqaba Port Shore Excursions? Enjoy our Tours from Aqaba Port to Witness the amazing and Natural landscapes of Jordan while your Cruise ship docks in Aqaba Port. Enjoy the Rose Red City of Petra, Explore Wadi Rum Desert, Float in the Dead Sea Salty Water and More.!
Petra By Night
In times gone by, a visit to Petra wasn't complete without spending a night in the ruins, wandering the rocky paths by moonlight and sleeping in a tomb cave.
Jordan , You must be Here !
There is no mistaking the fact that Jordan is a Kingdom steeped in history and culture. From the moment you arrive, you get a sense of its rich heritage; all around are remnants of ancient civilizations long since passed, yet they still remain, stamped into the very fabric of this amazing Kingdom an...
Petra
Petra is a famous archaeological site in Jordan's southwestern desert. Dating to around 300 B.C., it was the capital of the Nabatean Kingdom. Accessed via a narrow canyon called Al Siq, it contains tombs and temples carved into pink sandstone cliffs, earning its nickname, the "Rose City." Perhaps it...
The Dead Sea
The Dead Sea is a salt lake bordered by Jordan to the east and Israel and the West Bank to the west. It lies in the Jordan Rift Valley, and its main tributary is the Jordan River. Its surface and shores are 430.5 metres below sea level; Earth's lowest elevation on land.

Welcome to Jordan; a country steeped in history and ancient monuments, legendary for its hospitality, and rich with diverse natural beauty. We invite you to come and explore Jordan with us. Be taken back with the wonder of Petra, humbled at the genuine welcome of the People, tick off the bucket list of floating in the Dead Sea, and silenced by the vastness of Wadi Rum and much much more. Wherever you go in Jordan it will be an experience you never forget and leave you longing to return. Such is the ability of Jordan to get under your skin and capture your heart.

Jordan Horizons Tours is a full service travel agency based in Jordan. It was established with multi-lingual team, who are all travel professionals who realized the need of a reliable and professional travel company to serve and lead the high demand in the Middle East travel market.

We at Jordan Horizons Travel & Tours always strive to captivate our clients with unforgettable travel moments that will last, and provide them with an exceptional service that exceeds their expectations, while conserving and presenting the heritage of Jordan & the Middle East.

It is common to encounter some form of Bedouin hospitality in Jordan. The Bedouin, (“Bedu” in Arabic, meaning “desert dwellers”) are nomadic people who live in the desert. They mainly live in the Arabian and Syrian deserts, the Sinai in Egypt and the Sahara desert. In total world-wide, there are about 4 million Bedouin. There are Bedouin living in Israel and in Jordan.

History of the Bedouin
Many Jordanian people are descendants from ancient Bedouin tribes. While many of today’s Bedouin who live as nomads care for animals such as sheep, goats and camels, they also open their tents to host travelers who are interested in learning about their culture and lifestyle.

When wearing traditional clothing, the Bedouin can be easily identified. Men wear a long-sleeved piece of clothing (usually white) that drapes down past their knees. They wear a draped head cover (usually red and white), a “koufeyah”, and have a black cord holding the head cover in place.
Women wear a long black dress called a “madraga”. They must cover their heads and do so with a band, a “usaba”, which is wrapped around their head and tied in the back.

While historically, the Bedouin moved from place to place in the desert, often with very few material items, as a group, they lived by a belief that no traveler should be turned away.

One item that each family had, was a tent. Within it, they could provide shelter from the harsh desert, as well as food to the weary traveler.
Visiting Bedouin Campsites
In the Wadi Rum area, there are six Bedouin tribes that live in villages. For those that choose to stay at a Bedouin campsite during their visit to Wadi Rum, the experience is unforgettable. For most tours, visitors will stay in a campsite that looks like this.

The Bedouin show you their hospitality through your accommodations, but also through your food and drink. Coffee drinking is a key element in the social life of the Bedouin. When a guest arrives, he or she is usually offered three cups: The Cup of the Guest (for the guest’s arrival), The Cup of the Sword (for the bravery of the Bedouin men), and The Mood Cup (for a good mood). Bedouin food is very simple, but satisfying. Most Bedouin meals include yogurt, cheese, rice, ghee (butter) and bread. 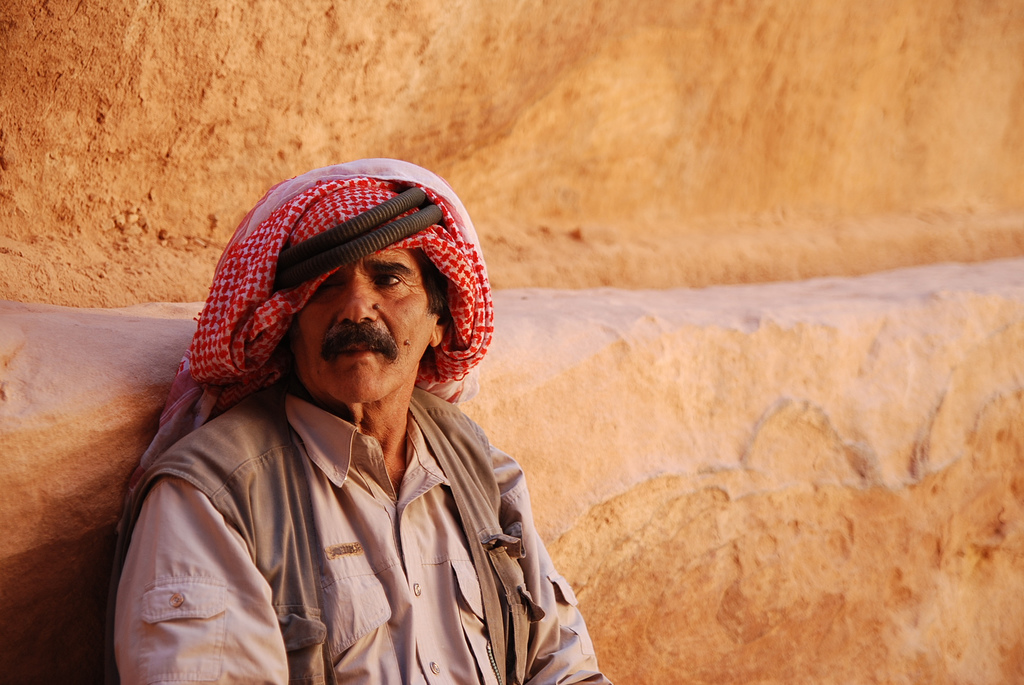 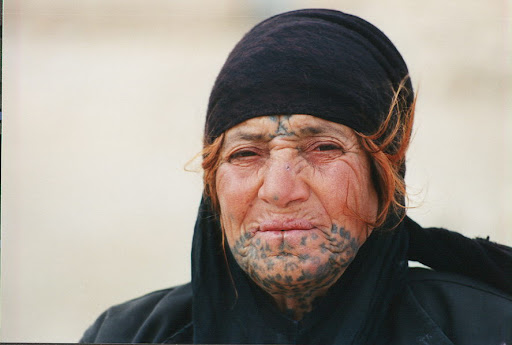 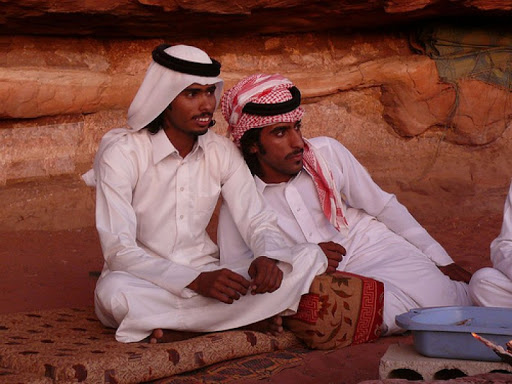 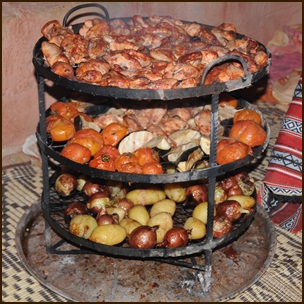 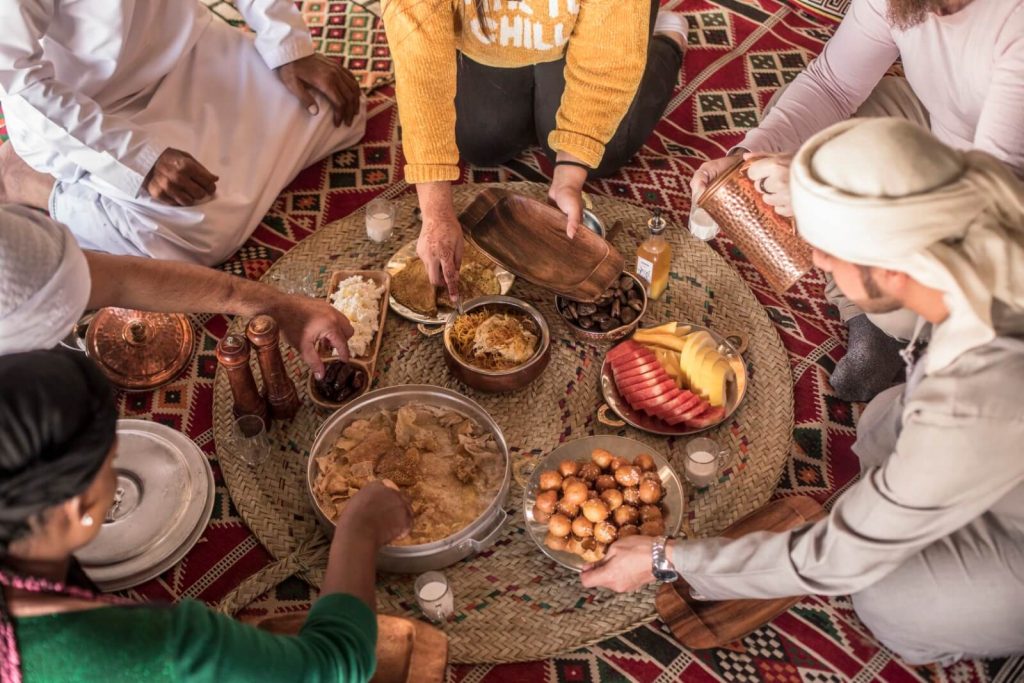 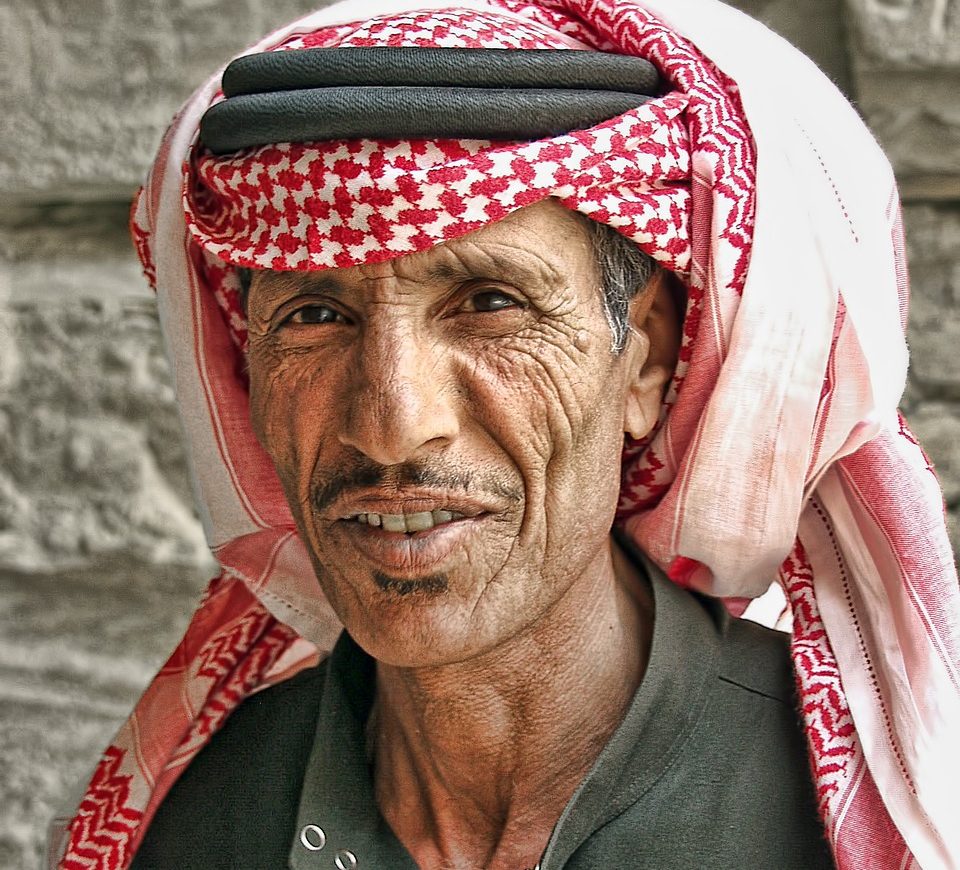