Petra Guided Trails & Tours While You Are in Petra by JHT 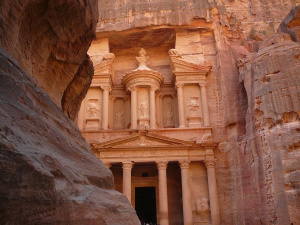 This trail (Distance: 4km) is the most visited trail in Petra, the trail starts from the visitor center of Petra through The siq to The Treasury, then The royal tombs, The colonnaded street, and finally finishing at the Girl's Palace (Qasr Al Bint). 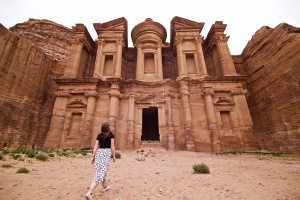 Main Trial to the Monastery (PT-JHT-002)

This trail (Distance: 6km) begins with completing the Main Trail (the most visited trail in Petra, the trail starts from the visitor center of Petra through The siq to The Treasury, then The royal tombs, The colonnaded street, and finally The Girl's Palace (Qasr Al Bint)). You will then continue to the Monastery up up ancient steps and after a short walk you reach the Lion Triclinium, which is set in a small side wadi on the left. Continue past this up the carved stairway to reach a hermitage with chambers excavated in the rock and decorated with many carved crosses. You then move on upwards to reach Ad Deir, which lies a short way beyond and offers a fantastic view over the area. 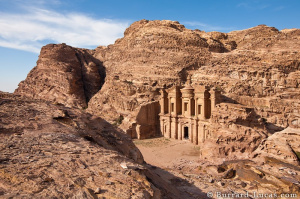 This trail takes you off the main track to reach Ad-Deir, or the Monastery, via a back road route. The trail begins at Kharrubat al-Fajja, which is 50 meters west of the main road to Beidha, and ends at Ad-Deir. The beginning of this trail is easy, allowing you to enjoy the beautiful landscape of the area and the mountain views overlooking Wadi Araba as you walk. From the visitor center you will need a private transfer to the beginning of this trail, which starts at a site that is just off the main road leading to Beidha. 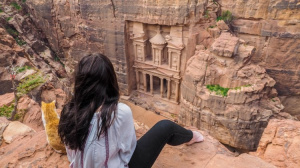 To over-view the most important monument of Petra from above, Al Khubtha is the only trail. It enables you to explore the following: The Djinn blocks, the obelisks tomb, the entrance of the canyon (Bab Al Siq " a dramatic gorge" ), the Treasury, the street of Facades, the Roman theatre and the Royal Tombs. Then a climb of approximately 600 steps where you will view the Roman theatre from the above until the Treasury. Then a walk back through the same route to explore the above mentioned moments with different coloring reflected by the sunlight and shadows of the day time. 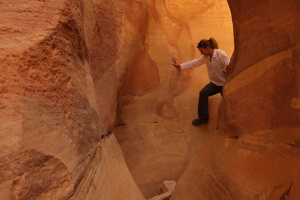 The Trail of Wadi Mudhluim - an alternative to the Siq, through the Nabatean Tunnel and a winding narrow canyon. The Siq is the best-known and most spectacular entrance to Petra, and is used by the majority of visitors to the ruins. However, there are a number of alternative entrances to the ruins, which see far fewer visitors and which are well worth exploring, especially if you plan more than 1 or 2 days in Petra. 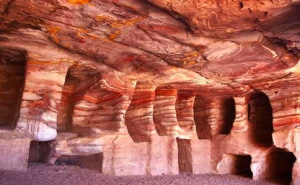 This trail is in Little Petra and it is approximately 04 hrs. You can start from Petra Visitors Centre and we will transfer you to Little Petra. Or if you are staying in Little Petra area the start of the hike is at is Siq Al-Barid, which is also referred to as 'Little Petra' due to similarities with the main site. 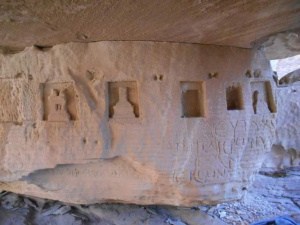 Petra has many things to offer visitors who come to explore its dramatic tomb facades and the many ancient temples and buildings situated along the city’s main colonnaded thoroughfare. Petra’s beauty and grandeur, however, can only be fully appreciated from above, especially when seen from one of the scenic trails that ascend to the summits of the surrounding mountains. The most well-known hikes are those to Ed-Deir (the Monastery) and the High Place of Sacrifice. But if you’re looking for a less frequented and secluded hike, the one to the top of Umm Al-Biyara is for you. 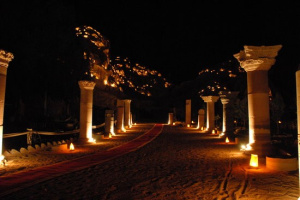 Little Petra, Petra’s northern suburb, 9km north of Wadi Musa town, is often touted to tourists as “Little Petra” – which, with its short, high gorge and familiar carved facades, isn’t far wrong. However, although it sees its share of tour buses, the place retains an atmosphere and a stillness that have largely disappeared from the central areas of Petra. Adding in its location in gorgeous countryside and its proximity to Beidha (a rather less inspiring Neolithic village), it’s well worth half a day of your time. The route to Little Petra follows the road north from the Mövenpick hotel. A short way along, where the road curves left, you can park on the shoulder for one of Petra’s best views, a breathtaking sweep over the central valley of the ancient city, with many of the monuments in view, dwarfed by the mountains.