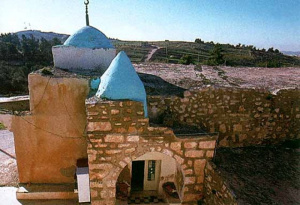 Arriving To Amman Airport. Meet & Assist by our representative before you go to customs for your free visa on arrival to Jordan. Start our day to visit the lowest point on Earth Laut Mati (the Dead Sea) which is a salt lake whose banks are more than 400m below sea level, the lowest point on dry land. Its famously hypersaline water makes floating easy, and its mineral-rich black mud is used for therapeutic and cosmetic treatments at area resorts. Drive to visit Makam Prophet Shoayb (upon him be peace). Back to Amman hotel for overnight

Breakfast at the hotel. Start our day with a visit to the Cave Of The Seven Sleepers As-Hab Alkahef. The Cave in which a group of pious youths (equated with the Christian legend of the ‘Sleepers Of Ephesus’) sought refuge from a tyrannical pagan king and in which Allah (Glorified And Exalted Is He) caused them to sleep for 309 Years. Their story is mentioned in the Holy Quran in Surah Kahf. The Cave is located in the suburb of Abu Alanda in Amman. Then drive to the south of Jordan to visit Mu’tah Battle Field. The Battle of Mu’tah was fought in September 629 C.E near the village of Mu’tah, between the forces of the Islamic prophet, Muhammad and the forces of the Eastern Roman Empire. In Muslim histories, the battle is usually described as the Muslims’ attempt to take retribution against a Ghassanid chief for taking the life of an emissary. According to Byzantine sources, the Muslims planned to launch their attack on a feast day. The local Byzantine Vicarius learned of their plans and collected the garrisons of the fortresses. According to the Encyclopedia of Islam, the Muslims were routed after three of their leaders were killed. Then transfer to the Airport for Flight Departure.