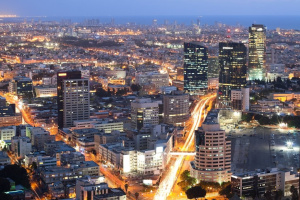 On this 3 day tour you will cover just some of the biblical sites that can be found in Jordan such as Um Qais, Bethany Beyond the Jordan and Mt Nebo. This tour is ideal for travelers that only have a short amount of time but would still like experience the biblical history that Jordan has to offer. This tour is suited to those that have an early arrival time at Amman Airport or you can start from Amman.

Arrival to Amman Airport early in the morning. Our representative will meet and assist you before customs at Queen Alia International Airport for your free visa on arrival to Jordan. You will be taken to meet your driver and then transfer to  you to north of Jordan to Jerash, known as Gerasa, the most complete and preserved Roman city in the world with its temples, theaters and colonnades. We drive to Um Qais, Gadara, the Greco Roman ruins overlook the sea of Galilee (Tiberius lake) the Yarmouk River gorge, Syrian Golan heights. This is the site where it is said that Jesus performed the miracle of casting the demons into the swine. You will be transferred back to Amman.

After breakfast, head to Bethany, the site of John the Baptist's settlement at Bethany beyond the Jordan where Jesus was baptized by John the Baptist and has long been known from the Bible and from the Byzantine and medieval texts. Then to Mount Nebo where it is said that Moses viewed the Promised Land. There are ruins of 4th and 6th C. churches whose floors are still covered with marvelous mosaic. Last stop today is Madaba, the city of mosaics. This town has a long history, being first mentioned in the Bible and in the Mesha Stele when it was a Moabite town. Visit St. George Church the mosaic Map of Jerusalem, Palestine, Jordan, Israel and Egypt.  Then depart to one of the new 7 wonders of the world, Petra.

Overnight in Petra hotel including breakfast.

Today you will visit Petra. Petra is an enormous cave and City structure built in the rock face, first established around the 6th century B.C. by the Nabataean Arabs, a Nomadic tribe who settled in the area. Choose from a horse ride or by foot reach the vast canyons (the Siq), and then walk or ride through the most incredible monument known as the Treasury. Other Monuments are the Street of Facades, the Royal Tombs and Pharaoh's Castle and many others. You will have a 2.5 hour guided tour in Petra and the rest on your own. You will meet your driver and be transferred back to Amman Airport / Amman for drop off. You can be at the Airport by 5:00pm.